We’re not in Kansas anymore 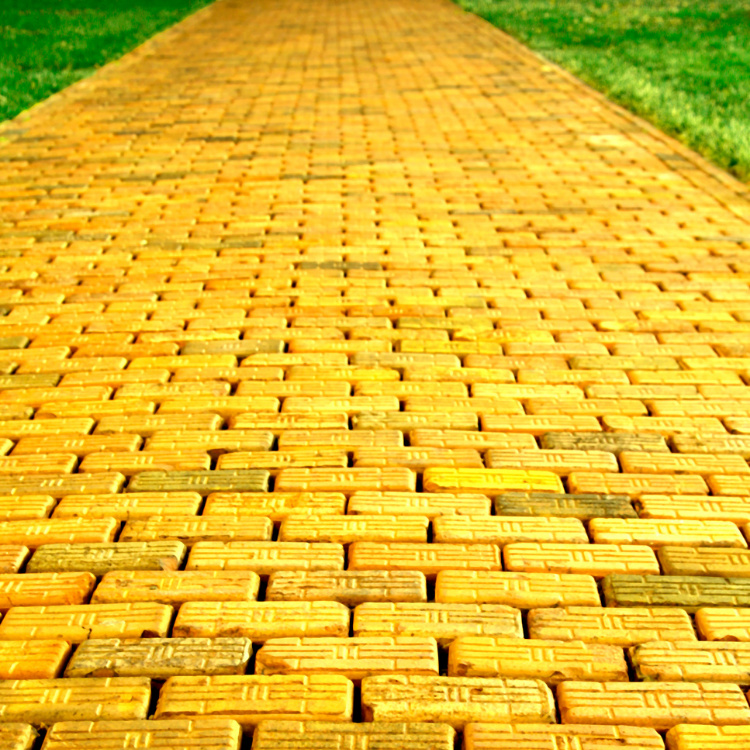 My journey from big corporate to VC life.

I could make lots of cultural references to help illustrate the transformation I’ve experienced over the past few years. Yes, Dorothy waking up in Oz is one. How about Alice falling through the looking glass. Or more recently, Neo stepping into the Matrix.

Those help explain the sensation. It was trippy, to say the least. But what rings most true is the mantra I followed to help me adjust, and ultimately thrive, as I took an enormous professional step away from corporate life to join a VC team in Canada.

Yes, it is the famous phrase that everybody knows, and I’m certainly not the only one who has embraced it as a philosophy to help guide one through life’s challenging times, never mind a tough workout. But I never considered this phrase so much–from both my head and heart–as I have over the past two and a half years since joining the McRock team.

I joined McRock in November 2019. I was working in a corporate position for more than 15 years before that. You would not imagine how different life became. (Think about Dorothy, Alice and Neo.) And I cannot overstate how much my thinking had to adapt, as a result. (Cue all the other analogies about looking at something from a new perspective…like stepping into someone else’s shoes…you get the idea.)

Before arriving in YYZ, I worked for an established corporation that had been around for more than a half a century. Their business is big. Their business is global. They have so much manpower and capital to invest. It would be easy to think they can do anything, right? Wrong. The bigger the ship, the harder it is to steer. The larger an organization becomes, the more work that is required just to operate the business. And even more effort is required to try out new things. More, more and more. It makes sense because the exposure becomes more significant, the risk greater, and the expectations higher. This is the corporate world’s inconvenient truth, and we all know it. There is a book about it if you want to read more.

Don’t get me wrong. There is a place in this global economy for big corporations. I know that to materialize something huge–like international-project-scale huge–you need big person power, you need big capital, you need corporations. They are critical to the infrastructure of our society. But I also know it’s not the only way, and there is plenty of wiggle room for the small and nimble organizations to make a big impact.

And so the corporate guy arrived in Canada, feeling more than a little scared because of the uncertainty, but ready for the challenge. There was no textbook. There were lots of new people. It was a completely new environment. The only thing I could immediately rely on was McRock’s investment team. They had brought me in for a reason and I needed to trust that they would support me through the transition.

I remember my very first meeting in McRock’s offices, and what Scott MacDonald, the co-founder and the managing partner of the firm, told me. I think it was something like, “We will throw you into the pool so you start swimming.” No, he would not physically throw me into the pool in Toronto in the middle of November. That is wrong in a humanitarian way. What he meant was, he would throw me into an environment where I had no choice but to start performing. No warm-up. No runway. I thought he was bluffing (like he is so good at poker!), but he wasn’t.

Strap in folks, we’re in for a bumpy ride!

Here’s what I immediately learned about life in VC land: Things move fast. So much faster, and with good reason. Start-ups do not have the luxury of time. They are burning cash. So VCs have to move fast. Take the risk. Do the controlled bet.

Want an example? The first in-person due diligence I participated in was just before the pandemic started in early 2020; that deal was successfully executed in a few months’ time during the pandemic, and now as we are finally coming out of the pandemic, we have successfully exited the deal. See what I mean about fast?

This was NOT how we did things in my corporate life. This was an eye-opening experience, and of course, I failed miserably many times as I was getting my feet wet. I froze during meetings. The outputs I created were completely wrong. I could not meet expectations. But the team was always supportive, and patient, so I could try again. And again.

I want to thank the team for that support and patience, for taking the risk in me, and for throwing me into the pool so I had no choice but to swim. I have learned so much already, and I’m still learning. Yes, I’m still channelling “just do it”. It is the fastest way to learn if you can stomach the risk. But I also learned at the end of the day there isn’t as much risk as you think. You will survive, it might just be scary!

And, again, I need to stress that I’m not saying either the corporate or venture capital way is better than the other. They are two different animals. I actually now strongly believe things will work better if they could co-exist. I think they can learn from each other as I did. But the challenge is how to convey this idea effectively to both.

Now let’s convince the big guy to learn from the small.

Bear with me as I invoke one more analogy. Pushing this idea of corporations learning from VCs is like a Martian trying to convince an Earthling that Mars is a better place to live. They have never been to Mars, nor ever left Earth for that matter. They know how Earth works, and that it more or less runs things smoothly. Why would they change that? But they also want more progress. And so the Martian may benefit from suggesting that Earthlings can’t achieve that without venturing into space.

What does this look like in real life? I have a vision of corporations experimenting with the smaller-scale and nimble approach of VCs. Consider starting small to test success before running head-first into full out scale-up. Yes, it may fail. But the failing will cause less damage and the learning will also be fast, and that can be channelled into the next opportunity. Ultimately, the risk and learning will lead to the faster successes, like a successful start-up does. Do the controlled bet. The corporation that can digest this idea, and ultimately adopt it organization-wide ahead of its competitors, will stay ahead in the race. Yup. Just do it.